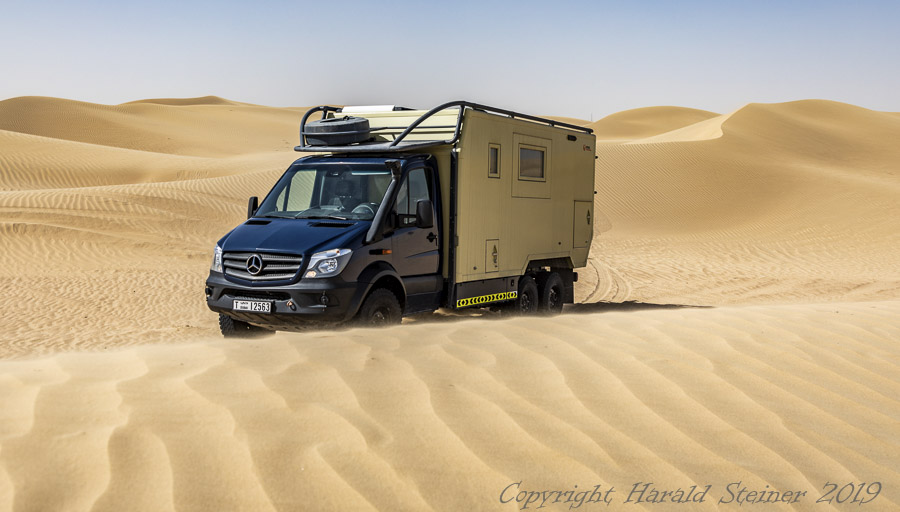 Krug Expedition, who built my cabin, arranged recently for photographer Harald Steiner from Austria, who was working in the UAE on an assignment, to spend some time with TTT so we could capture some images in the desert and at Al Qudra lakes to the south of Dubai.

One of the things they specifically wanted was ‘some shots of TTT on a dune with some camels’ !! I explained that whilst I don’t actually have a herd of performing tame camels available for photo shoots, I did know of a place where I’d seen a large herd several times before and where I thought we MIGHT have a chance of seeing some during a couple of hours photo shoot.

And as luck would have it, we’d barely arrived at the location when what do you know, the camels turned up, as if on cue, so I drove quickly up into the dunes and Harald was able to capture some great shots. Shortly after that though, because I’d rushed into the sand without fully deflating my tyres, to grab the camel photo opportunity, I manged to get TTT ‘beached’ on the crest of a small dune, and despite the best efforts of our friend Martin Thurnn from TI Systems in his VW Touareg, we were unable to tow TTT from the crest.

Thankfully my colleague Rick Carless has a Ford F150 well equipped for the desert and after his boss (that’s me) gave him permission to leave work, he came out to assist me and with one very brief pull on the Marlow kinetic energy recovery rope I bought for precisely these circumstances, TTT was free.

After re-inflating my tyres using my TI Systems equipment, next stop was the Al Qudra lakes, where we discovered that, due to the recent addition of wooden railings around almost every stretch of water, there were very few locations where we could shoot TTT without those railings spoiling every picture. Fortunately though we did manage to find a few, and having captured those images, headed back to Dubai.

Thanks to Harald I now have these great photos of TTT, which I hope Krug might use in their PR and marketing materials in future. 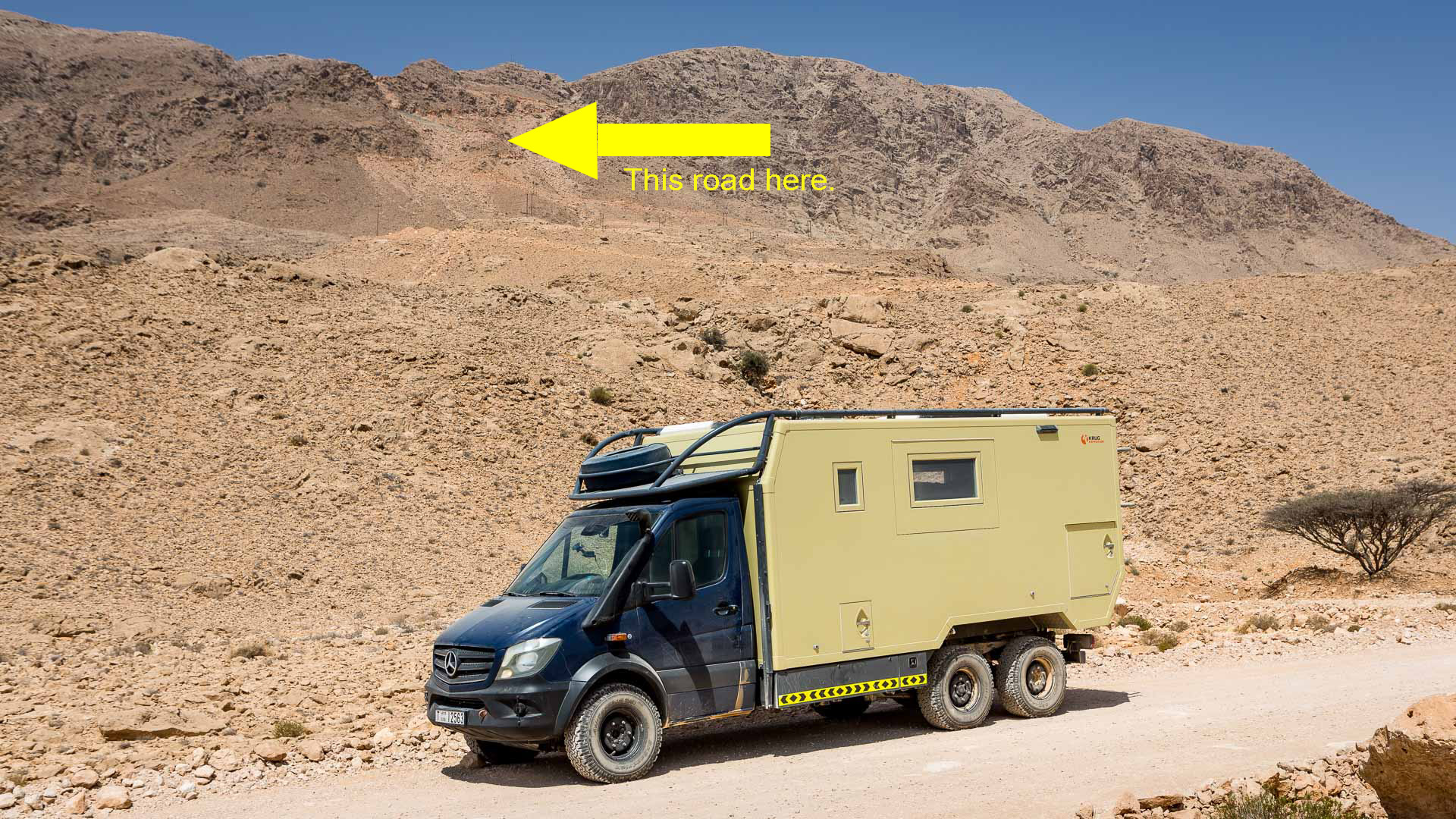 Whilst a post about my photos of Project Bob – the beautiful bobtailed, hand crafted motorbike seen here – may appear to have nothing to do with TTT, that’s not quite true. Because you can’t possibly embark on a project like building, or in my case adding modifications to, an overland truck, without assistance from friends every now and then. Recently, Alan Boyter of VR Customs, the craftsman behind this awesome bike, has helped me out with a couple of welding jobs which I needed doing by someone who understands ‘hand build speak’ and doesn’t ask for technical drawings – he just gets on and fabricates things, right first time.

Now friends with those skills and an “I’ll always help” attitude don’t grow on trees, so it was my turn to return the favour when Alan asked me to photograph Project Bob. Of course I didn’t hesitate to say Yes, but I also knew I’d have to pull all the stops out if the photos were to do the bike justice. I therefore went out and rented a couple of large Profoto studio lights and diffuser boxes, then spent a couple of days at my warehouse ( Al Thika Packaging ) shooting ‘Bob’ the best I could. This was quite the learning process as I’d only ever lit portraits with studio lights before, but I was pretty happy with the results in the end.

It seems a few on line magazines felt the same way since the story of the project build has now appeared on line in a couple of places, and we are hopeful that one or two more might yet use it. Enjoy the images. Oh and by the way – Bob is for sale if you’re interested…

VR Customs Dubai Is Back With Its Latest ‘Project Bob’

Thank You Alan for your help with the bumper brackets and the fuel tank manifolds – I did mention the need for a pair of mud flap mounts didn’t I?