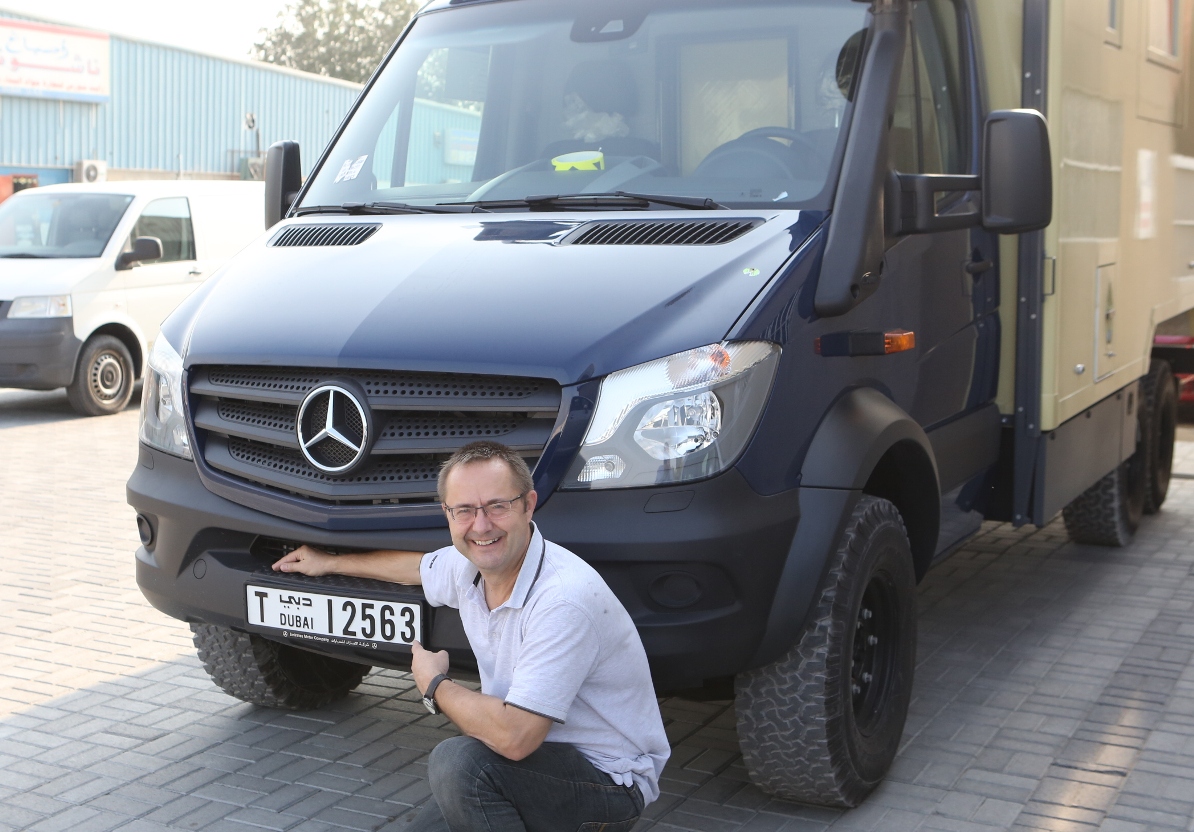 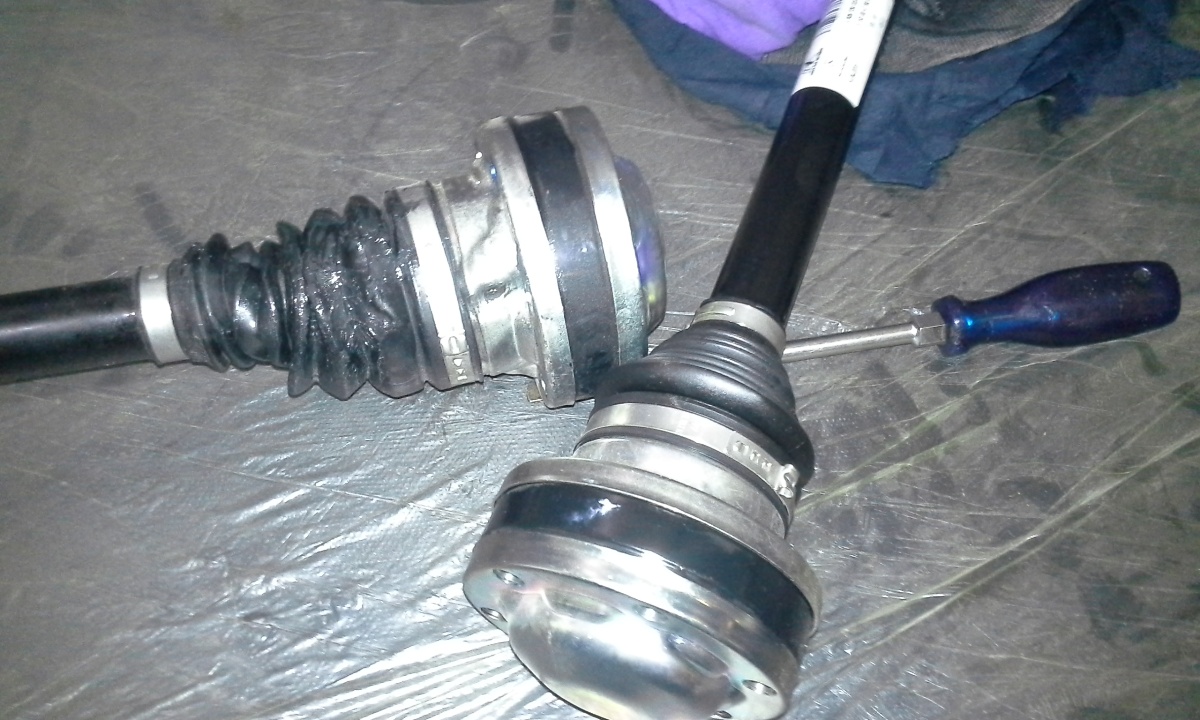 Last week I could not have been more depressed, having got as far as taking my truck to Tasjeel to register it, only to find it had a broken half shaft, probably courtesy of someone selecting the diff locks when moving the truck on tarmac at one of the ports. But there’s no way to prove where and when it happened. Now I know the truck was working just fine in Germany two weeks before it was shipped out – because I drove it very briefly – so it left the factory in working condition, and it had been at another engineering company’s yard for six months as the cabin was fitted. Yet when I contacted Oberaigner to ask about a spare drive shaft, not only did they confirm that there was one in stock in Abu Dhabi at EMC, but 24 hours later they wrote and told me it would be a warranty repair – no charge to me.

Why? “Because you are our first customer in the UAE, you helped us two years ago (making their promo video in Oman) so it’s important to us too that this vehicle is working – consider it just a kind gesture”. Outstanding customer service / generosity.

That was Thursday afternoon. I hurriedly made some calls to Emirates Motor Company, explained how desperate I was to get the truck registered, so they said. “Bring it Saturday morning, we’ll fix it immediately.”. I asked if I could watch and help, so as to learn & understand the process and see if there were any little tricks / nuances I needed to know in case I have to do this myself at the side of the road in Africa one day. “Sure, you can work with our technician, no problem”

So over the course of three hours this morning, their excellent technician Lorden and I pulled the broken driveshaft and replaced it. Nothing out of the ordinary (except for the unusual coupling at the diff end – very neat and clean, but it was this part of the shaft which ultimately had failed) and the problem is now solved. Completely unrequested, Lorden then presented me with three pages of notes regarding all the torque settings, socket / allen key / spanner sizes required to complete the job, part numbers of all related components etc. Again, just excellent customer service.

He also went to clear an ABS warning from the ECU (a result of the drive shaft failure) but discovered an anomaly with the read out from the alternator. We suspect it has something to do with the various additional electrical equipment I have installed on the truck, which the standard OBD reader software can’t validate, but he insisted someone at EMC check it out tonight, so if all is well, I’ll pick the truck up tomorrow morning.

25 years in Dubai and many years of involvement in and around automotive distributors, have made me rather cynical I suppose, so when the company whose product I’ll be relying on for years, and their local distributor, bend over backwards to help me, I think it’s only fair that I say “Well done Oberainger & EMC, you have a very happy customer” 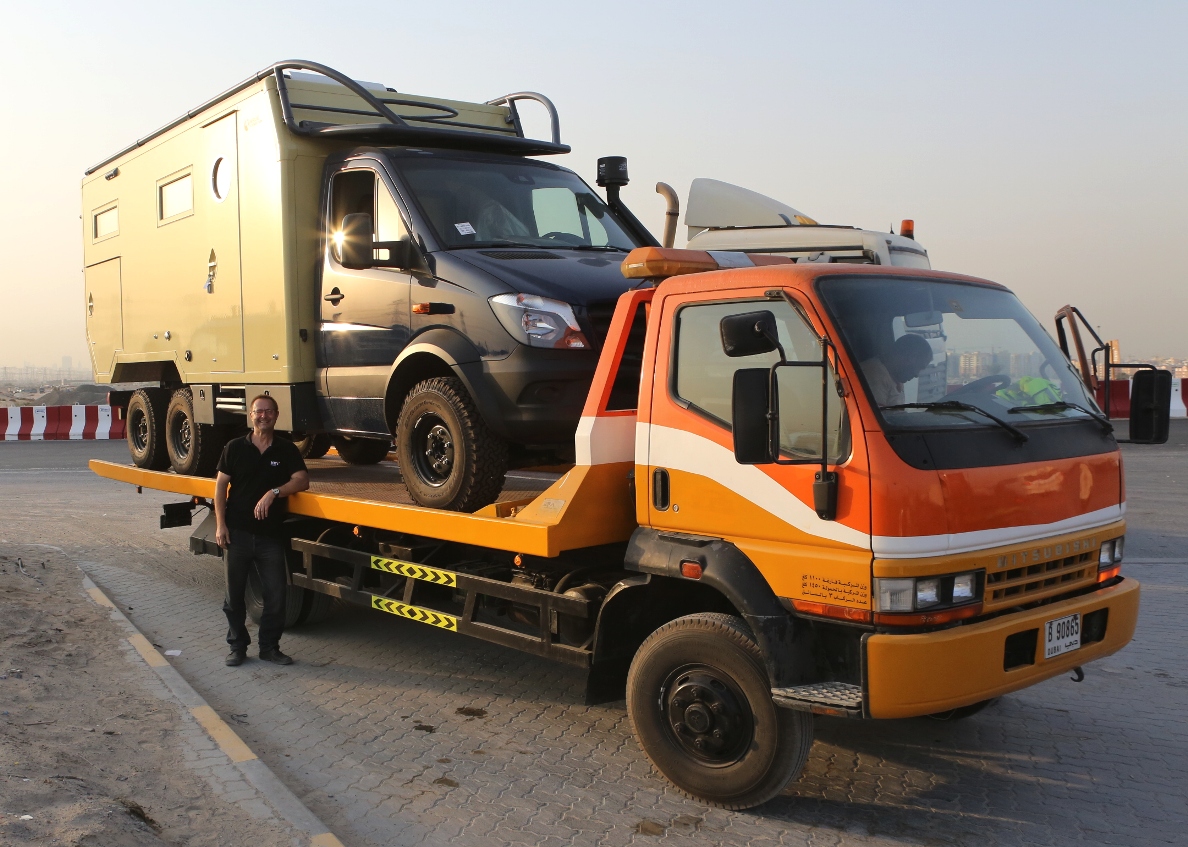 If you were hoping to read that my truck was finally registered and on the road in Dubai…….well, so was I! In fact I rushed to the Warsan registration centre near the Dubai sewage treatment plant (I get all the best gigs) when I heard it was on a flat bed, finally clear from Dubai Customs and on its way to the Tasjeel test and registration centre. Imagine my excitement when I saw it pull up, on Dubai soil for the first time and just minutes away from being mine, all mine, registered and on the road…..

And imagine my incredulity when I drove it off the trailer and realised it would not move unless I engaged the diff locks. You don’t have to know much about vehicles to know what that means – that there’s a drive shaft or coupling or complete differential somewhere which is, to use the military vernacular, FUBAR. Yep, somewhere in my poor truck’s brief 127km history, it would appear, I think, that someone had engaged the diff locks whilst on tarmac, which had lead to the inevitable damage to the transmission. After 20 minutes of stunned silence (apart from a little gentle sobbing), I abandoned the idea of registering the vehicle, had it loaded onto another flat bed, and delivered to my office in Dubai where I have room to store it. Not the happiest journey I have made…

Right now I’m in the process of obtaining a new front left drive shaft (it didn’t take long to find the broken part) and getting my truck  repaired ASAP. With a bit of luck, I shall be in a position to try again next week, when I hope to have rather better news! Until then, I guess I picked the wrong month to quit drinking…..