Sorry for the lack of posts lately folks but I’ve been having a few issues with the truck which I didn’t really want to make public, at least not until they’d been resolved. Once again I have to thank EMC in Abu Dhabi and Oberaigner for their amazing support, and KrugXP for their patience as I dealt with what are really just teething problems but which set me back a few weeks. I think I’ll deal with them all in a separate post once I’m on the road full time.

Anyway the truck’s first proving run was an 1,100km or so return trip to Muscat, Oman, so I could meet my parents there as they returned to the UK from Goa. I managed to find a perfect parking place on empty ground just in front of their hotel, the Ramada at Qurum Beach, where I was undisturbed by anyone, yet was close enough to the hotel to be able to pinch their wi-fi, and use their bathrooms when necessary (just as well since there was an issue with the water pressure in my truck and I couldn’t flush my loo !). It was great that my parents could see the vehicle before I head off to Africa, but with only two seats in the truck, it meant I had to hire a car while I was there, to drive us around Muscat. Still, it was easier to park than the truck 🙂

On the way home to Dubai though I stopped off in Suwayq and a couple of other places along the coast, and again in the mountains at Hatta in the U.A.E., to take some shots of the truck while it’s still in pristine condition. I wonder how long that will last?

It’s now more than five and a half years since I had the idea to buy an overland truck and travel around Africa. For the next four and half years that’s all it was – an idea, albeit one I was determined to realise. Finally, in late 2015 everything fell into place and my finances permitted me to take that leap of faith. Now, a year and a couple of weeks after I placed the order for the chassis and cabin, the NYK Castor Leader RoRo vessel is steaming around the Strait of Hormuz as I write this, and will tomorrow dock at Jebel Ali port – just a few hundred yards from where I first started working in Dubai 25 years ago, when there were only 300 companies in Jebel Ali. Now there’s more like 30,000; how times have changed!

Last week I spent a few hours at the Road Traffic Authority offices in Dubai trying to meet the right people, ask the right questions, and gather the right information, which would allow me to tackle the issue of registering the vehicle for private ownership in Dubai – not a straightforward task when the chassis builder is almost unknown to them, the cabin is not something they normally deal with, it’s truck sized but not, by their definition, a truck because they classify Sprinters as vans, and it’s six wheel drive but the only records they have of Sprinters here are two wheel drive. So next week should be ‘interesting’ to say the least.

While I was at the RTA I was delighted to hear that just a week earlier they had started issuing the “T” suffix number-plates, which was perfect timing and I decided was too good an opportunity to pass up, so I treated myself to a personal number plate.

Yes I know you can argue there are 7 (or 5, or even 4) continents but that number has other, personal significance for me, so feast your eyes on the plate that will adorn my truck from next week and for the next few years. “Truck” still doesn’t have a name yet, but I’m giving it a lot of thought. Tomorrow I hope to drive down to the port and sneak a quick look at my vehicle on U.A.E. soil for the first time. I should actually get to drive it (him? her?) on Sunday next week, for the first time in Dubai. Woohoo!! 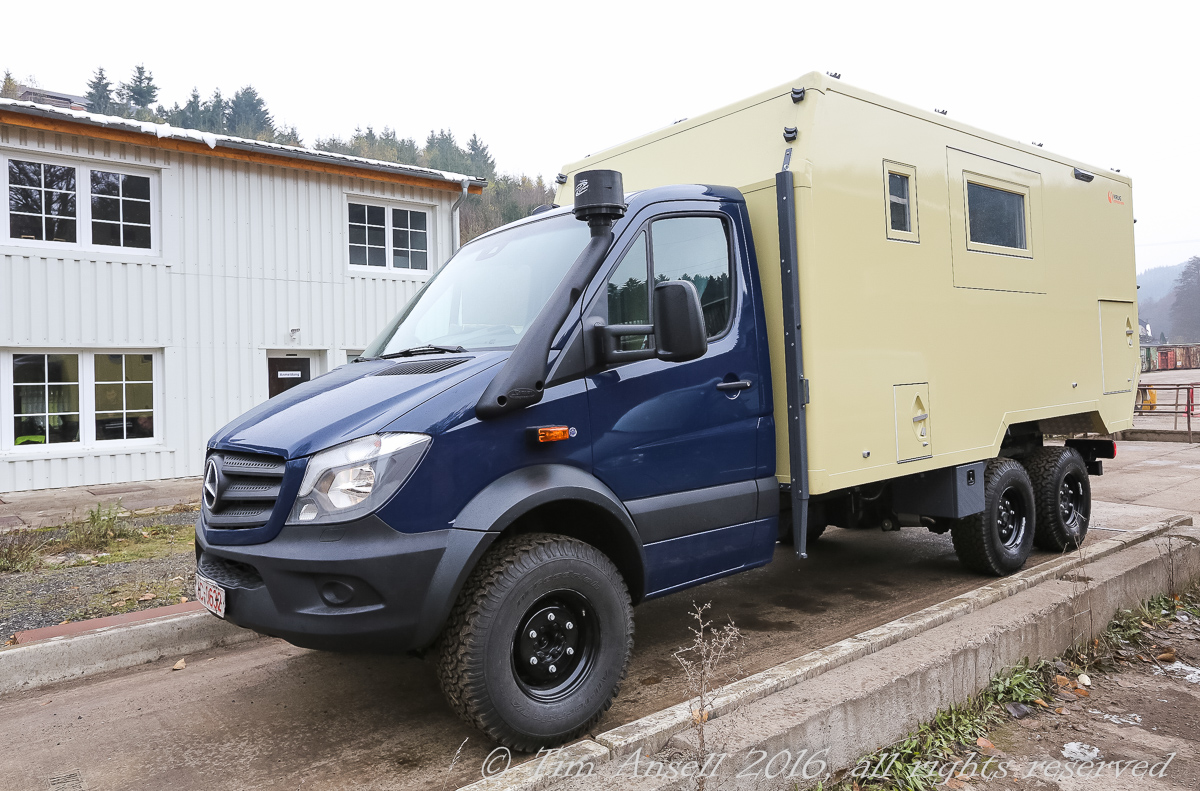 Sorry about the absence of posts for the last few weeks but when I updated my version of this WordPress theme, I ran into a problem which took me quite a while to resolve. So I must thank my friend and colleague Rick Carless, who helped me to set this site up initially, for stepping in and spending many hours trying to fix it, then several more migrating the old site data to the new hosting site.  “Thanks Rick”. Once I’m over ‘dry January’, the drinks are on me.

Anyway, the good news is that my truck is just 10 days away from Jebel Ali, the sea port in Dubai to where it will be delivered. And to prove it, here’s a screen shot from an awesome website called http://marinetraffic.com of the NYK Lines Castor Leader, shortly after she passed through the Suez Canal.